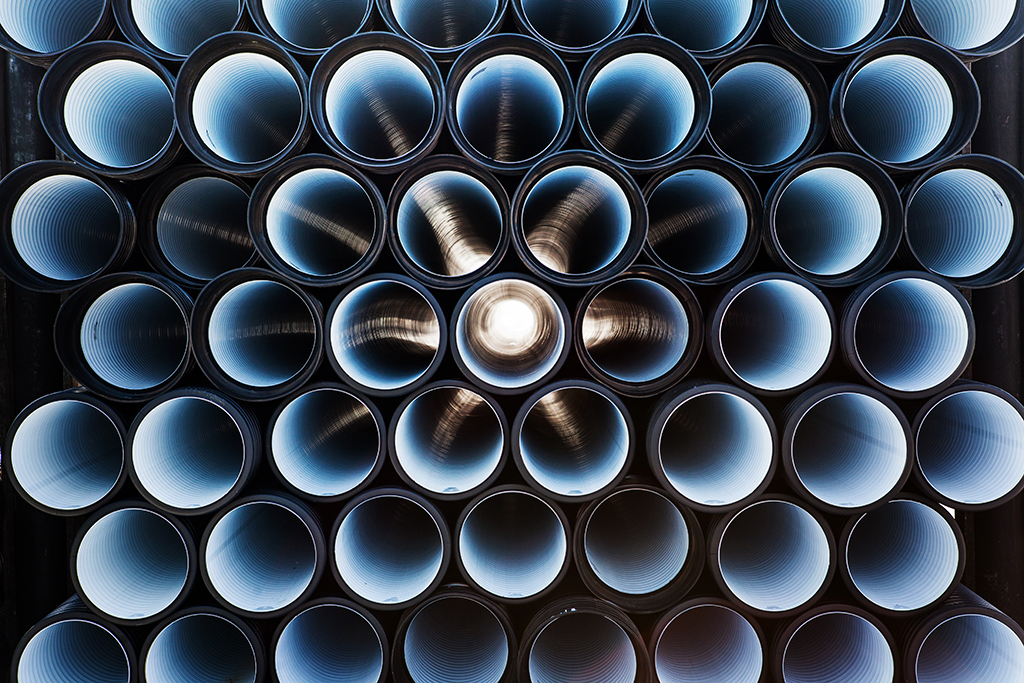 Photo By MILA Zed at Shutterstock

Regular maintenance can keep your plumbing pipes and fixtures in good condition for a long time, but everything wears out eventually. Repiping can be done for a problematic section of plumbing, but a whole house repipe may be necessary at some point. You may need pipe repair if plumbing problems occur frequently. Signs of damaged pipes include visual corrosion, rust-colored water, water stains on the walls or ceiling, a sudden drop in water pressure, or unexpectedly high water bills.

The decision to replace a section of pipe or a whole house repipe depends on the situation. If one section of plumbing is worn-out, there’s a good chance other areas are affected too. Sectional repairs and replacements are cheaper and easier than a whole house repipe, but smaller repairs add up over time. Your plumber in Deerfield Beach, FL can evaluate the entire plumbing system and help you make an informed decision.

Copper has been a plumbing staple for decades. It’s not used as often now as in the past, but some homeowners still prefer copper pipes. It’s a very durable material with a long lifespan, and worn-out copper pipes can be recycled easily. Copper plumbing is heat tolerant and resistant to corrosion and leaks, so it’s a popular choice for refrigerant lines and underground pipes.

The metal is a great material for pipes carrying hot or cold drinking water because copper doesn’t affect the taste, smell, or appearance of water. You may want to consider a whole house repipe even if you live in an older home with its original plumbing. Some older installations used lead solder.

Polyvinyl chloride piping, or PVC, is a type of plastic that comes in two standard sizes. It’s a strong, versatile material and tends to be less expensive than other materials. It isn’t metal, so rust and corrosion aren’t a concern. Installation is fairly simple because no soldering or metalwork is necessary. PVC is frequently used for vent stacks, underground pipes, and drain pipes connected to toilets, bathtubs, and sinks.

Chlorinated polyvinyl chloride piping, or CPVC, is basically PVC with more chlorine. CPVC pipes are insulated to minimize energy loss, and these pipes can be used to carry hot water and drinking water. They’re also fire resistant and more flexible than PVC pipes or any type of metal. Common uses of CPVC include hot and cold water supply lines, disposal pipes, and hot water drains. Some homeowners prefer to install CPVC pipes during a whole house repipe because they’re smoother than copper pipes and make less noise when water flows through them. A major downside of CPVC is that the manufacturing process is extremely polluting and the material isn’t recyclable.

Cross-linked polyethylene piping, PEX, was first used over 30 years ago, but the material has become very popular in recent years. PEX pipes are almost as flexible as a typical garden hose. A special tool is used to install PEX pipes with compression fittings instead of glue or soldering. The flexible material can bend around edges and work around obstructions to fit easily into a whole house repipe.

Pipes made of PEX can also be used with existing PVC or metal pipes, so PEX is a good option for retrofitting and renovation projects. PEX is resistant to heat and freezing because pipes can expand and contract in response to temperature fluctuations. Unfortunately, PEX is susceptible to damage from UV rays. It’s also important to remember that PEX pipes can’t be directly connected to water heaters. Although several states have approved PEX to carry drinking water, contamination studies are still taking place and the material isn’t approved in every state yet.

Galvanized steel is a very strong, durable material that was popular in the past. Homeowners can choose galvanized steel for a whole house repipe, but steel pipes do have some disadvantages. A zinc coating inside thin pipes can contribute to internal rusting and discolored water. Sometimes corroded steel pipes can release lead, which is especially concerning for homes with children.

Cast iron pipes are the heaviest pipes available. They’re extremely strong and durable. Sometimes PVC can be used to replace sections of cast iron, which is very convenient. However, cast iron pipes weigh so much that they need additional support. This may not be a concern if a whole house repipe is replacing existing, worn-out cast iron pipes.

Installing cast iron for the first time is more complicated because the extra structural support has to be installed as well. It’s not easy to maneuver such heavy, unwieldy pipes into small spaces in residential plumbing. Cast iron pipes are now found predominantly in underground plumbing and large pipes for drainage and sewer systems.

Consult MainLine Plumbing in Deerfield Beach, FL, for all of your plumbing needs. The licensed professional plumbers at

MainLine can help you with plumbing repairs and upgrades. They can also inspect your plumbing and work with you to complete a whole house repipe according to your preferences.

Your home not running smoothly? No more worries. We are local in the Fort Lauderdale area. Call us at 954-751-5606. Insured, Licensed, Bonded. No additional charge for after-hour sessions.